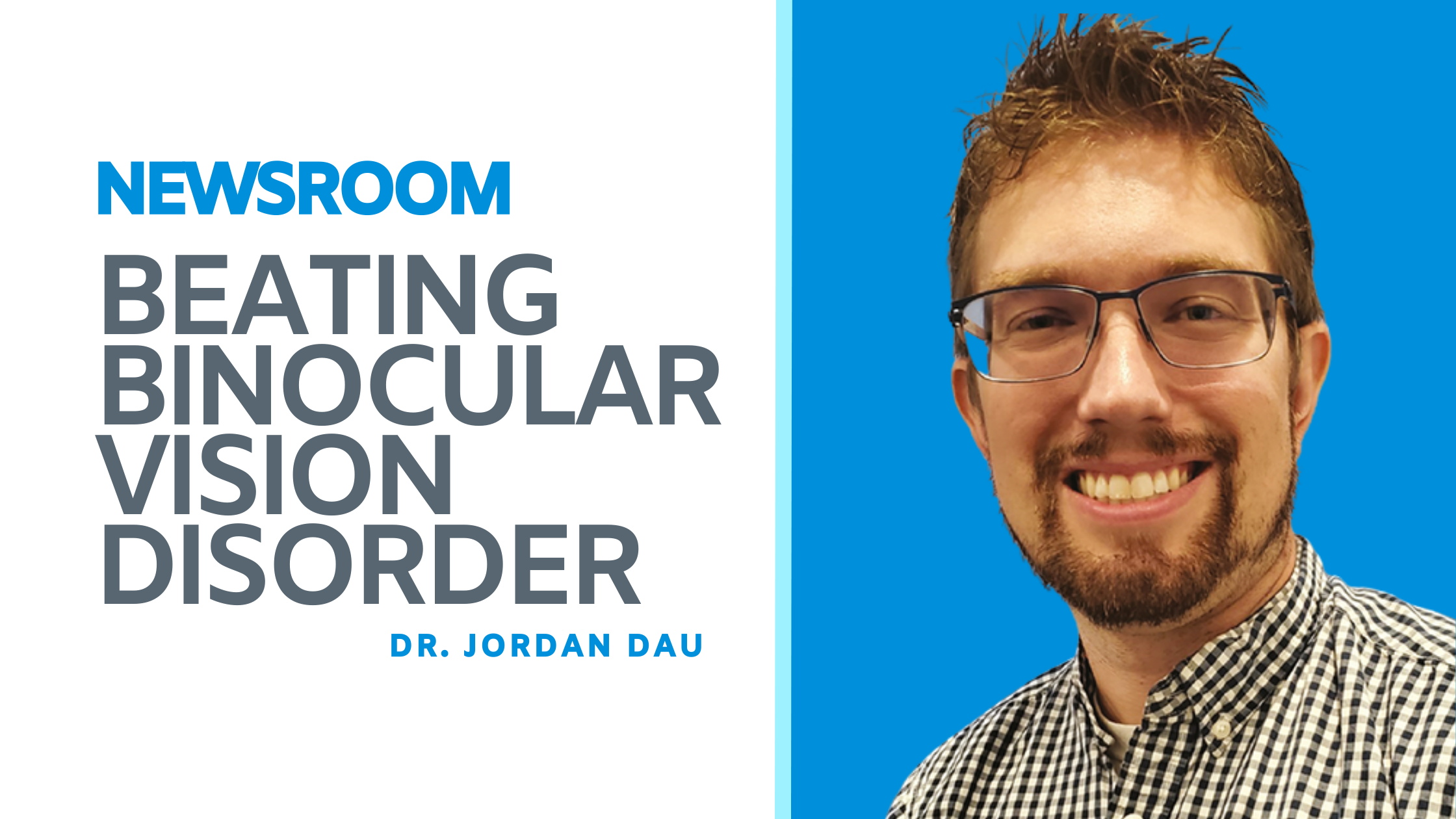 How we got a handle on BVD with new technology 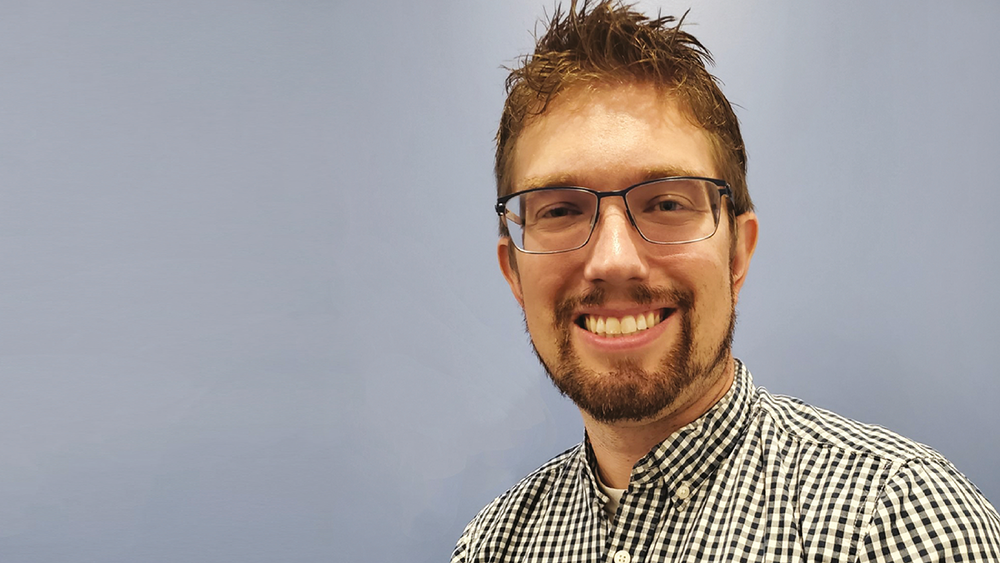 Eye care practitioners have been aware of binocular vision disorders (BVDs) for years, but it is now evident that several non-visual symptoms are also associated with these conditions, including headaches, upper back strain, tension, light sensitivity, a sense of dryness, dizziness, and vertigo. Unfortunately, many patients do not report these issues to their optometrists. They aren’t aware that they can be related to their eyes – or they think they were born with them or that they are caused by something else. Some patients believe they deserve such symptoms for spending too much time at their screens. Regardless, they think that there is nothing we can do to help them. However, new technology has made the diagnosis, measurement, and correction of BVDs possible.

I know of a truck driver who set off on a life- and health-changing journey after being warned by his doctor of an impending heart attack. In less than a year, he’d lost more than 100 pounds, got his diabetes under control, and had improved his overall health. However, he still suffered with daily headaches that caused fatigue, pain, blurred vision, dizziness, and enough physical discomfort to affect his job performance, which led to depression. He couldn’t read to his kids at night or help them with their homework.

But how does misalignment of the eyes relate to headaches and these other issues? The trigeminal nerve stretches from the shoulder to the top of the head and it has the Herculean task of balancing numerous sensory responsibilities in that critical region. Just a little misalignment throws its delicate sensory balance out of whack, resulting in a variety of issues. When the trigeminal nerve focuses less on posture muscles, your back starts hurting. When it focuses less on the inner ear, it can lead to dizziness and vertigo. This underlying biology explains why each patient comes in with a different set of symptoms. In overcompensating for an eye misalignment, another area becomes unbalanced.

Just a few weeks before meeting my truck driver patient, our office had adopted new technology (the Neurolens Measurement Device, Gen 2; NMD2) that measures even the smallest BVD – and allows us to prescribe special glasses with a contoured prism to fix it. 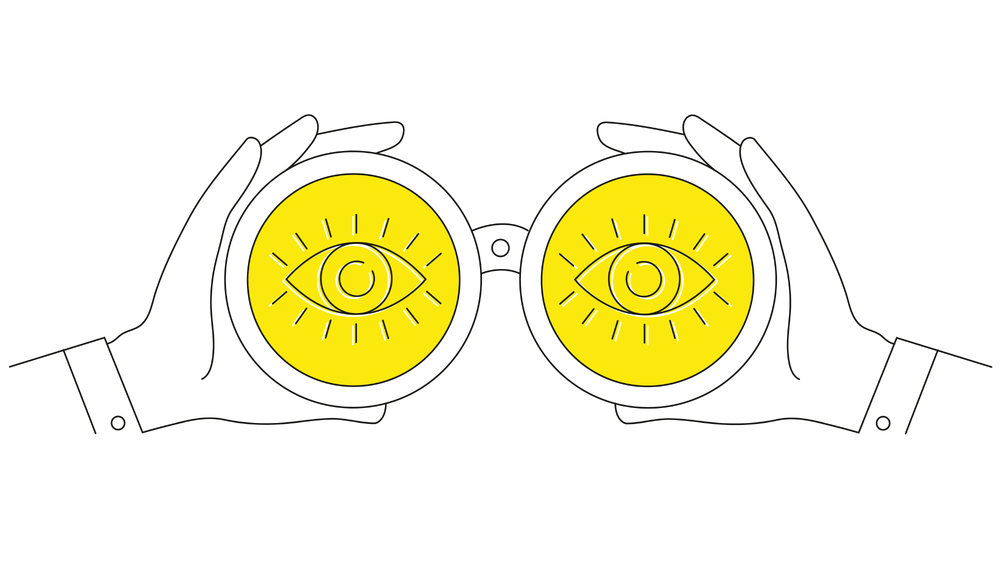 When every other test we performed was normal, and even refraction was negligible, we ran our truck driver through the new device and saw a moderate disparity in misalignment from distance to near vision that was not observed in the initial exams. We prescribed a pair of the special glasses – and, though it may sound like a fairy tale, the patient’s symptoms instantly subsided. Suddenly, he was able to do his job, help his kids with their homework, and read to them at night. A few months later, he enrolled in college, and he was able to continue his journey. In short, our recognition of his BVD changed the course of his life.

And this is not an isolated case. We started to see similar improvements again and again. An eight-year-old, who came in for a contact lens prescription so that he could play more sports, was also evaluated for frequent headaches; one special prescription later and his symptoms improved enough for his parents to cancel his pending appointment with a neurologist. A 17-year-old athlete, who had otherwise perfect vision but struggled with daily headaches, was also diagnosed with BVD. With her special prescription, her symptoms improved – as did her academic performance, which helped her win scholarships on top of her athletic achievements.

As a final example, I offer myself. I believe in trying new technology before recommending it to my patients, and so, even though I didn’t have any symptoms (or so I thought), I decided to try Neurolens for myself. About three days into wearing my new glasses, my back stopped hurting. Two days later, the slight headache that I thought I deserved after working on a computer for 12 hours a day also disappeared. I had been living with symptoms that I thought were normal for my entire life, but they ended up being the result of a small misalignment. That’s astonishing.

Normal symptoms are not always normal

Patients blame these “normal” symptoms on allergies, hormones, or a car accident they had six years ago. And they don’t think to mention these seemingly small issues with their optometrist, so how do we identify them?

For whatever reason, patients are more honest and direct in written form than they are to your face. And that’s why all patients over the age of 12 who step into our office now receive a questionnaire to screen for seven symptoms, ranking severity from 1 to 5. When patients mark a severity of 3 or above on any of the symptoms, we screen them for BVD.

As I mentioned, we have actually known about misalignments for many years, but we have been reluctant to treat them – especially as our measurement techniques have been subjective and non-repeatable. In my practice, I simply classified misalignments as small, medium, or large – rarely writing a number – and I only treated large misalignments with standard glasses or by referring the patient for vision therapy. This approach is outdated.

We now have access to technology that allows us to diagnose and treat patients in ways that were not previously possible.

Check out the rest of the article here on The New Optometrist! 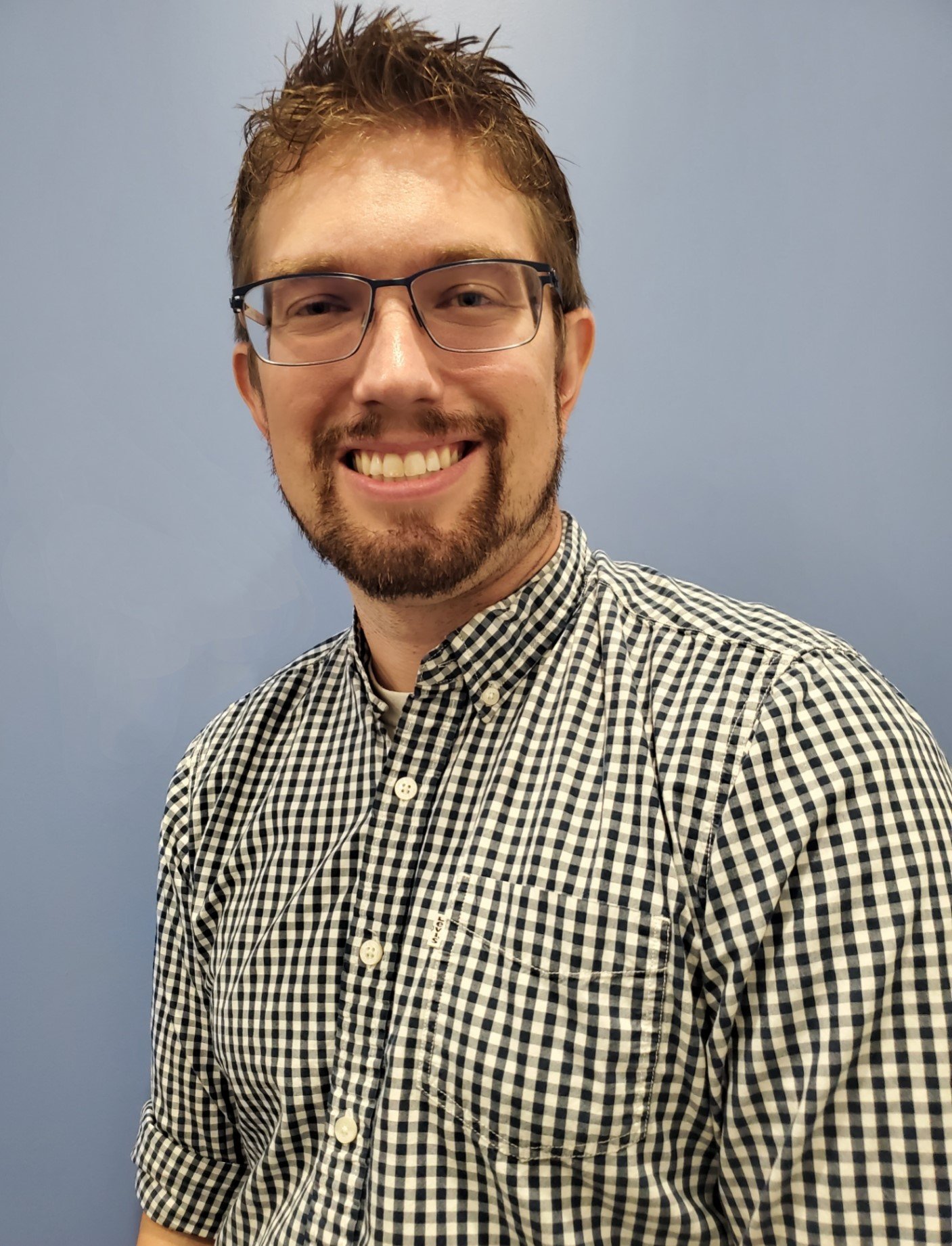 Dr. Jordan Dau initially graduated from the University of Nebraska with a degree in engineering but quickly realized that his true calling was to improve people’s lives through vision, one eye at a time. He attended Southern College of Optometry and graduated in 2015. After practicing in a variety of settings, Dr. Dau opened his own practice 2017 and has been making his mark as a family eye doctor since. Now his practice is known for exceptional patient care, superior products, and innovative technology, including the Neurolens. Dr. Dau implemented the Neurolens in October with great success as a huge problem solver for patients and very lucrative for the practice. Since launching the Neurolens his practice has averaged 30+ pairs per month, which has led to his first 3 months with Neurolens being his office’s best 3 months ever. Not to mention the overwhelming improvements he has made in his patient’s lives. 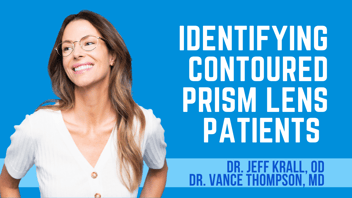 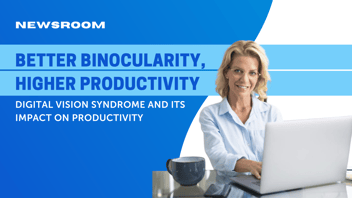 Posted on Aug 8, 2022 6:30:00 AM
Digital Vision Syndrome and its Impact on Productivity The modern digital lifestyle—coupled with a dramatic,... 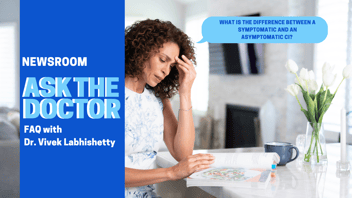 Posted on Mar 9, 2022 8:50:02 AM
Dr. Vivek Labhishetty answers your most frequently asked questions. What is the difference between a symptomatic and...

Relief is in Sight

Headaches? Eye strain? Eye misalignment could be the culprit. Find out if you're a candidate.